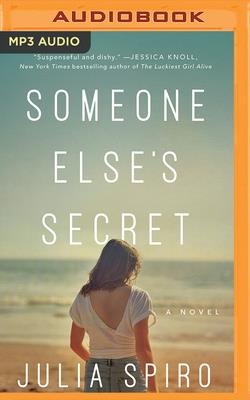 Here's the thing about secrets: they change shape over time, become blurry with memory, until the truth is nearly lost.

2009. Lindsey and Georgie have high hopes for their summer on Martha's Vineyard. In the wake of the recession, ambitious college graduate Lindsey accepts a job as a nanny for an influential family who may help her land a position in Boston's exclusive art world. Georgie, the eldest child in that family, is nearly fifteen and eager to find herself, dreaming of independence and yearning for first love.

Over the course of that formative summer, the two young women develop a close bond. Then, one night by the lighthouse, a shocking act occurs that ensnares them both in the throes of a terrible secret. Their budding friendship is shattered, and neither one can speak of what happened that night for ten long years.

Until now. Lindsey and Georgie must confront the past after all this time. Their quest for justice will require costly sacrifices, but it also might give them the closure they need to move on. All they know for sure is that when the truth is revealed, their lives will be forever changed once again.

From a fresh voice in fiction, this poignant and timely novel explores the strength and nuance of female friendship, the cost of ambition, and the courage it takes to speak the truth.